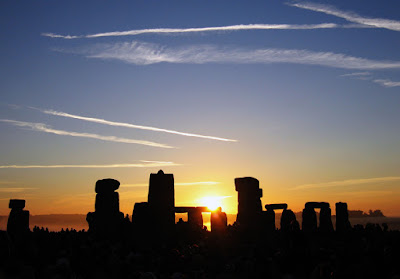 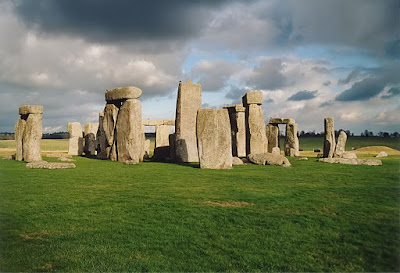 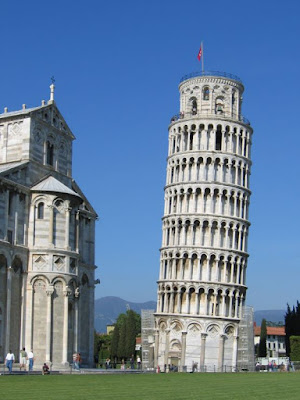 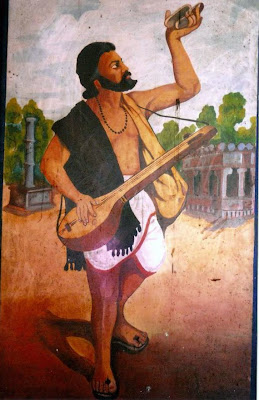 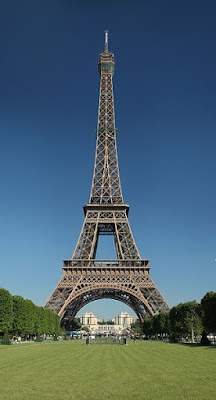 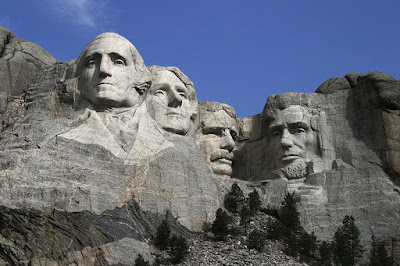 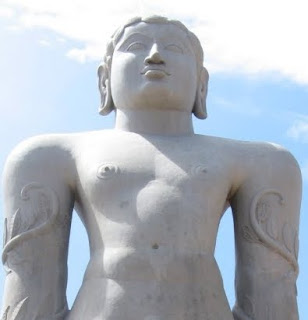 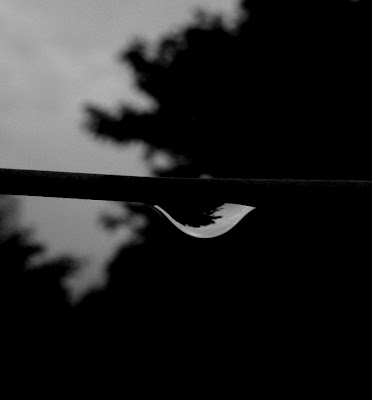 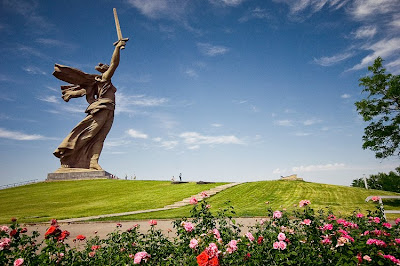 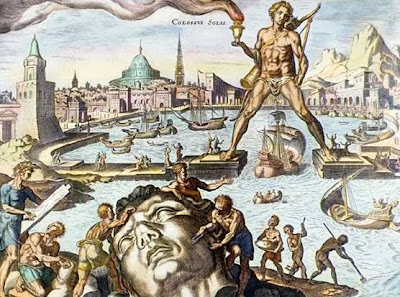 Lakshmi, the goddess of wealth, is more sought after than Saraswati, the goddess of learning. As the power and consort of Vishnu, the preserver. According to the Puranas, she was the incarnated daughter of the sage Bhrigu and his wife Khyati. She was later born out of Ksheera Sagara (ocean of milk) while being churned. Hence, her appellation, Ksheera Samudra Raja Tanaya. As consort of Vishnu, she is born as his spouse whenever he incarnates. When Vishnu appeared as Vamana, Parasurama, Rama, Krishna, she appeared as Padma or Kamala, Dharani, Sita and Rukmini. She is as inseparable from Vishnu as speech from meaning, or knowledge from intellect, or good deeds from righteousness.

Vara Lakshmi Vrata
The day begins with rangoli and sacred head baths just as any other festival and is marked by the performance of "Vara Lakshmi Vrata" by the women folk of the house. Worshipping Vara Lakshmi is rendered equivalent to Ashta Lakshmi pooja. It is thus held that the Goddess of wealth would bless those who perform the Vrata on this particular day of the year with Dhana (Money), Dhanya (food), Aayu (long life), Aarogya (health), Aishwarya (wealth), Satsantana (good off springs) and Soubhagya (long life of husband).

Festival
The preparation for the festival begins the prior evening, when a stage for the pooja is set after having cleaned the entire area. On the day, A bronze or silver kalasa, with water, akshatas and a couple of coins, is taken and five betel leaves are placed on to it. The kalasa is smeared with sandal paste and kum-kum is applied at five places. On this is placed a round coconut smeared with turmeric to which kum-kum is applied. A new cloth or saree is tied to the Kalasa and is worshipped as Vara Lakshmi. Some people even adore this with the face of the Vara Lakshmi decked with jewels.

Women folk of the house traditionally worship this Vara Lakshmi the next day, with Ashtottaram and Sahsranamavali, along with some new gold bought each year. The legend of the vrata is once again memorized in devotion and a "toram" of Nine threads and nine knots is tied to the Goddess first and then to the right wrist of the worshippers. Prasadams are offered in the numbers of either three or five or nine to the Goddess. And the pooja is concluded with the distribution of this prasadam and Tamboola to the married women in neighborhood. It also is customary for these women folk to visit the temples of the Goddess towards the evening.

Legend
Legend has it that Goddess Parvati has once asked Lord Siva about a vrata, performing which would render the women on the earth blessed with all kinds of wealth. Then did Lord Siva preach of "Vara Lakshmi Vrata" to be performed on a Friday that comes just before the full moon day in the month of Shravana. Illustrating the sanctity of the vrata, Lord Siva narrated the story of Charumati of Maratha desha, which runs like this -

Once upon a time, there lived a gracious and wise Brahmin lady called Charumati in the Maratha Desha, a town that had golden houses and golden walls. Charumathi was a Maha Pativrata, indulged in a whole-hearted worship of her husband and looked after her in laws with utmost respect. Pleased with her good nature, Goddess Lakshmi happens to appear in her dream and advises her to perform the Varalakshmi vrata on Shravana shukla shukravara preceding the full moon day. Charumathi prostrates in devotion to the Goddess in the dream itself and the next morning illustrates the dream to her husband and in-laws. With their consent, she tells the same to a few more women folk of the town and they together wait the day.

The much-awaited day finally comes and they set stage to worship the Goddess Vara Lakshmi at one corner of the house, which is cleaned up with cow dung. All of them perform the pooja to the Kalasa with all devotion and piety, tie the toram to their wrists and offer prasadam to the Goddess. Then does the miracle start as they go about to take the Pradakshinas after the pooja. They see themselves bedecked with various ornaments one at a time as - anklets on feet for the first, bracelets for the second and various other ornaments for the final pradakshina. Excited about the blessing of Vara Lakshmi, they once again prostrate to the Goddess and honour the Pundit with due Dakshina and conclude the vrata by taking the prasadam.

As the women folk stepped out of the house do they see their houses decked with all riches and golden chariots awaiting them outside Charumati’s house. Extremely happy about what all had happened, the women thank Charumati for having shared her luck with them. Ever since then is the Vara Lakshmi Vrata performed in every household on this auspicious day.

Legend also say that the vrata was later also preached by sage Suta to Sounaka and other sages. Another legend is that Chitranemi who was one cursed by Parvati for having made a partial judgement in favour of Shiva when asked to play the referee for their game, got relieved from the curse by having watched this vrata performed by some pious women. Such is the sanctity of the Vrata.

Shloka to be said on Vara Mahalakshmi

Meaning: O Mahaamaaya, abode of fortune, worshipped by the Gods, I salute Thee.
O Mahaalakshmi, one who has conch, disc and mace in Her hands, obeisance to Thee.

Meaning: My salutations to Thee, who rides Garuda and are a terror to demon Kola;
O Devi Mahaalakshmi, remover of all miseries, my obeisance to Thee.

Meaning: O Devi Mahaalaksmi, who is the embodiment of knowledge, giver of all boons,
a terror to all the wicked, remover of all sorrows, obeisance to Thee.

Meaning: O Devi, You give success and intelligence and worldly enjoyment and liberation (as well).
Thou hast always the mystic symbols (Mantra) as Thy form, O Mahaalakshmi, obeisance to Thee.

Meaning: O Devi, Maheshwari, You are without a beginning or an end ,
You are the Primeval energy, You are the greatest ruler, You are born of Yoga.
O Mahaalakshmi, obeisance to Thee.

Meaning: O Mahaalakshmi, You are both gross and subtle, most terrible (for the wicked),
You are the embodiment of great power and prosperity and You are remover of all sins, obeisance to Thee.

Meaning: O Devi, You are seated on the lotus, You are the Supreme Brahman,
You are the great Lord and Mother of the universe, O Mahaalakshmi, obeisance to Thee.

*Svetaambaradhare Devi Naanaalankaara Bhooshite
Jagatsthite Jaganmaatah, Mahaalakshmi Namostu Te
*
Meaning: O Devi, You are dressed in white garments and decked with various kinds of ornaments,
Thou art the mother of the universe and its support, O Mahalakshmi, obeisance to Thee.

On the fifth day of the bright half of Shravana month of Hindu calendar, people worship the snake or /nag/. The day is known as /Nag Panchami/. Nag Panchami has a special significance and is celebrated by the devotees with lot of faith, fear and devotion. It is firmly believed that the serpent lord associated with Lord Subrmanya who will be pleased by this worship will mitigate their sufferings and bring happiness. On this day, people visit temples specially dedicated to snakes and worship them.

In South India, the serpent is given a pride of place and you will find Naga idols installed in almost all temples and even on roadside platforms. It is believed that any harm done to snakes create miseries and sufferings. Serpent worship is very widely followed. The major Hindu gods, Lord Shiva has serpent as an ornament round his neck and Lord Vishnu has serpent Adhisesha as his bed and he is called Seshashayana (person sleeping on snake)

The day preceding Nag Panchami i.e. the fourth day of the bright half of Shravan month is called 'Naga Chauthi'. On this day women take head bath and wearing wet clothes which marks sanctity and divinity, visit the snake banas in the morning. Raw milk and ghee are offered followed by /haladi/ (turmeric powder), /kumkum, chandan/ (sandalwood paste), rice and flowers. Prayers are offered for the well being of the families. Those who offer such worship on this day normally undertake fasting on the day.

On Nag Panchami, people also make images of snakes using cow dung and place them on either side of the entrance to the house to welcome the snake god. In some families it is also a tradition to keep a silver idol of Serpent in the pooja room and worship by pouring raw milk and ghee, and decorate the idol with haladi, kumkum and flowers. Some people have the tradition of making an idol of serpent by mixing 'chandan' (sandal wood paste), 'haladi' (turmeric powder), and 'kumkum'' (sindhoor), and 'kesari' (saffron) and placed on a metal plate and worshiped. In some families, figures of snakes are drawn with red sandalwood paste on wooden boards, or purchase clay images of snakes coloured yellow or black. These are then worshiped and offered milk, ghee and flowers.

Nag Panchami is also connected with the following legend of Lord Krishna. Young Krishna was playing ball with the other cowboy friends, when suddenly the ball got entangled in the high branch of a tree. Krishna volunteered to climb the tree and fetch the ball. But below the tree the river Yamuna was flowing in full glory, in which the terrible poisonous snake Kalinga was living. Nobody dared to go near that place. Lord Krishna ignoring the warnings of his friends jumps into the water. The dangerous "Kalinga" serpent comes up. But Krishna was ready and jumping on the snake’s head, starts dancing on its head. Kalinga realizes the strength of Lord Krishna and pleads with Krishna: "Please, do not kill me." Krishna takes sympathy on Kalinga and after taking a promise that henceforth he would not harm anybody, he let the snake go free into the river again. Hence, Nag Panchami is also commemorated as a day of victory of Lord Krishna over Kalinga the legendary snake.

It is widely believed that snakes like milk. As this is the day of the serpents, devotees pour raw milk into snake banas around the house or near the temples to propitiate them. Sometimes, a small pot of milk with some flowers is placed near the holes of snake banas so that the snakes may drink it. It is firmly believed that if a snake actually drinks the milk, it is considered to be extremely auspicious and the devotees are blessed.

Temples devoted to Lord Subramanya (Lord Muruga-Kartikeya) conduct special poojas and prayers on this day and large number of devotees visits such temples to offer prayers.

A unique feature in South India is that Nag Panchami is also celebrated as Brother-Sisters Day. On this occasion, brothers visit the houses of their married sisters. Sisters apply milk and ghee on the back of the body of their brothers by using a flower followed by turmeric powder and kumkum. Food and eatables are offered and gifts are given with prayers to serpent Lord to bless their brothers with health, wealth and happiness. This has a very unique social significance which binds the two families. 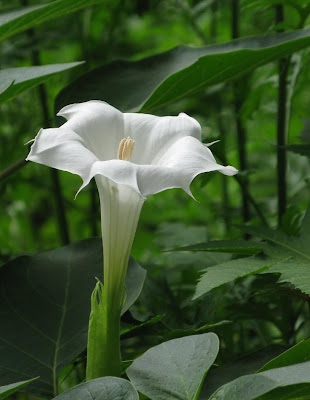 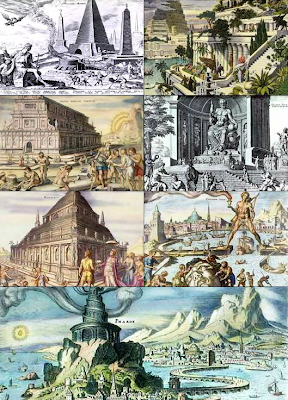 Email ThisBlogThis!Share to TwitterShare to FacebookShare to Pinterest
Labels: ಪ್ಯಾನಿಂಗ್